Long time ago, my Dad introduced me to James Bond, the British secret service agent created by writer Ian Fleming in 1953, and since then I became a fan of his movies (until Sean Connery was replaced by Roger Moore; there is only one JB for me). Lately, here in London, almost everything has been about the special agent 007, from Adele’s new song to the forthcoming movie, as today is the 50th anniversary of the first James Bond movie. Countless posters, exhibitions, information graphics have been designed about him.

When I opened the Guardian online earlier today I found an interesting interactive information graphic summarising the history of JB  films. The interactive timeline gives a detailed view of the different Bond actors since the first movie and describes the character as ‘suave, sophisticated and – examining the data – extremely violent’. Each movie is visualised in terms of number of Bond kills and the characteristics of the deaths. 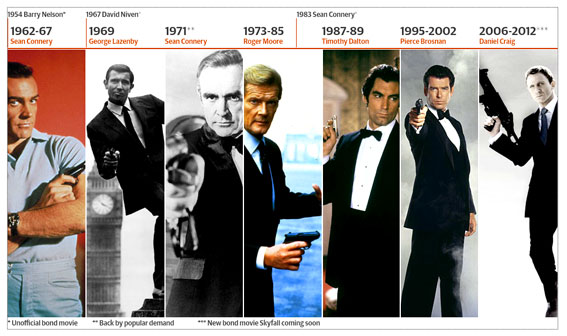 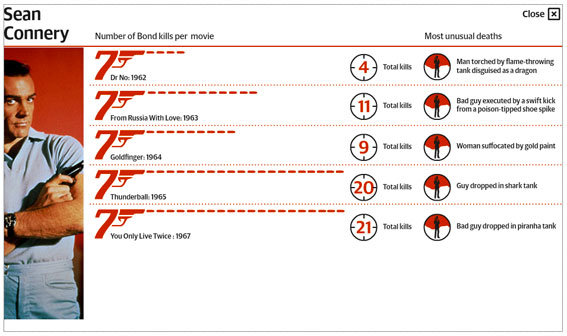 What got my attention from the very first movies was the graphic identity designed around the character and movies. I still remember the opening sequence of each movie, there was something special about each of them. Following those memories, I did a quick search in the Internet and found some lovely vintage posters from the first set of Bond movies. 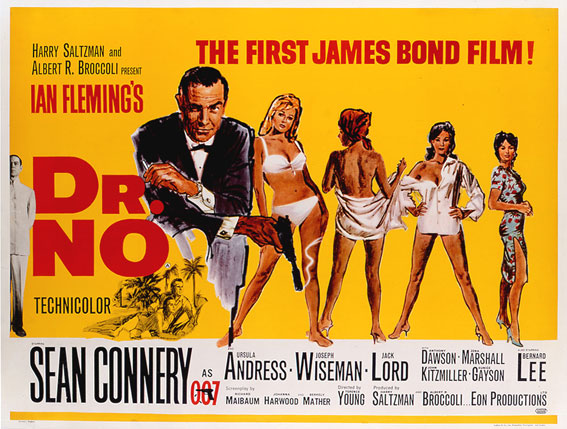 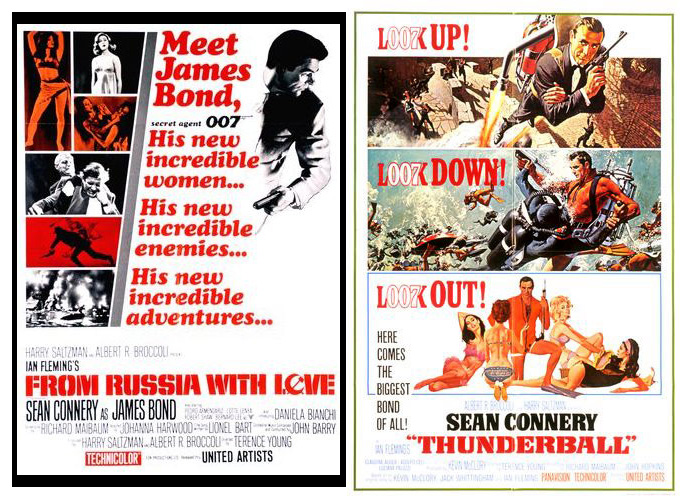 In each of the above posters can be seen the iconic graphic language characteristic of James Bond movies. But what I found even more interesting was that also comics emerged after the first appearance of the secret agent. 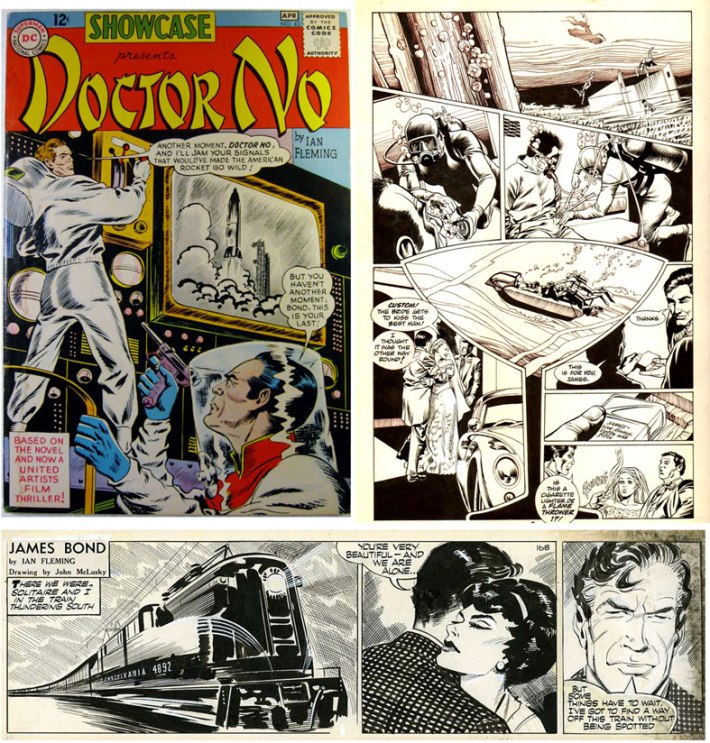