This summer I have been around the UK and Europe. One of my destinations was Helsinki, first time in Finland. Immediately I noticed the language. I do have a notion of Swedish (I know basic words such as ‘street’, ‘hello’, ‘exit’), but Finnish was a totally new world for me! The funny part is that most information in the city is in both Finnish and Swedish, even the street names, but not English. So we had to trust on maps, icons and other signs to move around the city and didn’t get lost or miss flights. This shows the importance of having well-design wayfinding systems in a city, and the power of visual language (again, I can’t ensure a positive understanding for Eastern cultures).

As I said, I’ve also been around the UK, to the South-West (lovely place by the way!). Although I do understand English, once again I was fascinated for the diverse of icons and visuals to summarise specific information that I found all around Polzeath. Mostly, British tourism goes to Polzeath, but even if you were from a foreign country, you could easily understand the rules for surfing and so on.

Below some images of both Helsinki and Cornwall in which, thanks to different systems of icons and visuals, a foreigner can avoid getting (too) lost. (I do have a story with the Finnish tube system though, but it will have to wait until another post!) 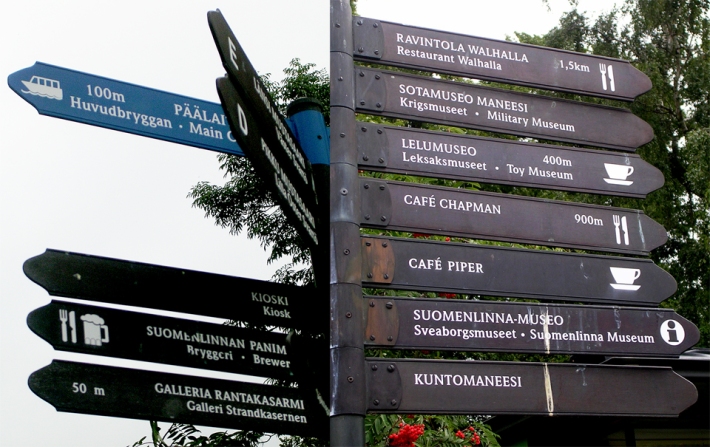 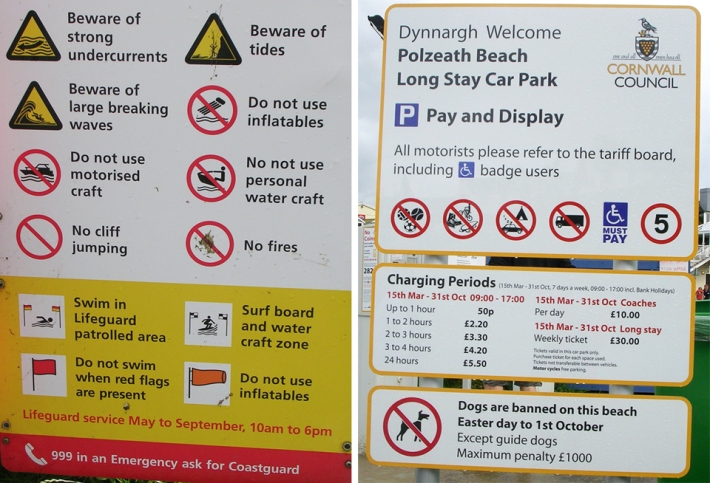